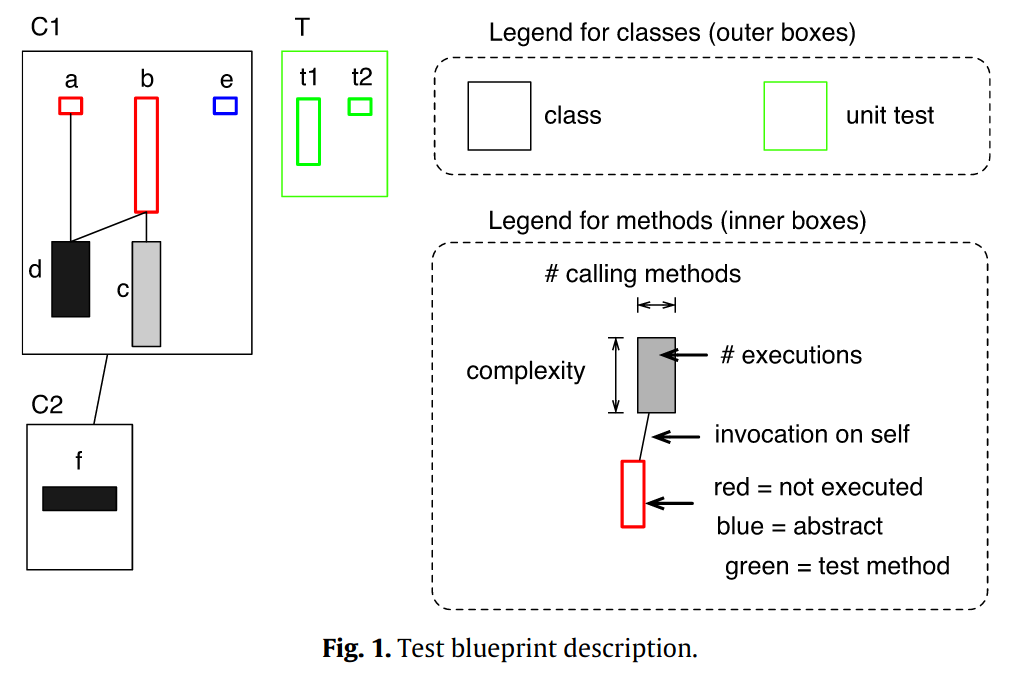 The goal of this project was to design a visualization that allowed developers to improve the test coverage of their software applications. In our case, we designed the visual mapping you see in the image above: each class is a rectangle that contains all its methods, represented by smaller rectangles. Methods then are drawn according to certain metrics, from which one of the most outstanding are red borders that indicate that the method was not tested at all. Width and fill color indicate how many times they were execute by the tests and their height how complex they are. Using this visual representation, developers can easily see untested parts of their software or which are weakly tested.

The following image shows an example of use of Hapao. In particular, it shows the evolution of the test coverage of the hierarchy of the class MOAbstractGraphLayout. This class was part of Mondrian, the visualization engine that Hapao used to render (at least on its first versions).

You can find the original prototype here, a later version here and the latest version of the complete profiler tool here.

There are three main publications associated to this project: